Tasers have no place in mental health care

For more than 10 years, Tasers have been used against patents in locked psychiatric settings, without monitoring or investigation. This practice must end 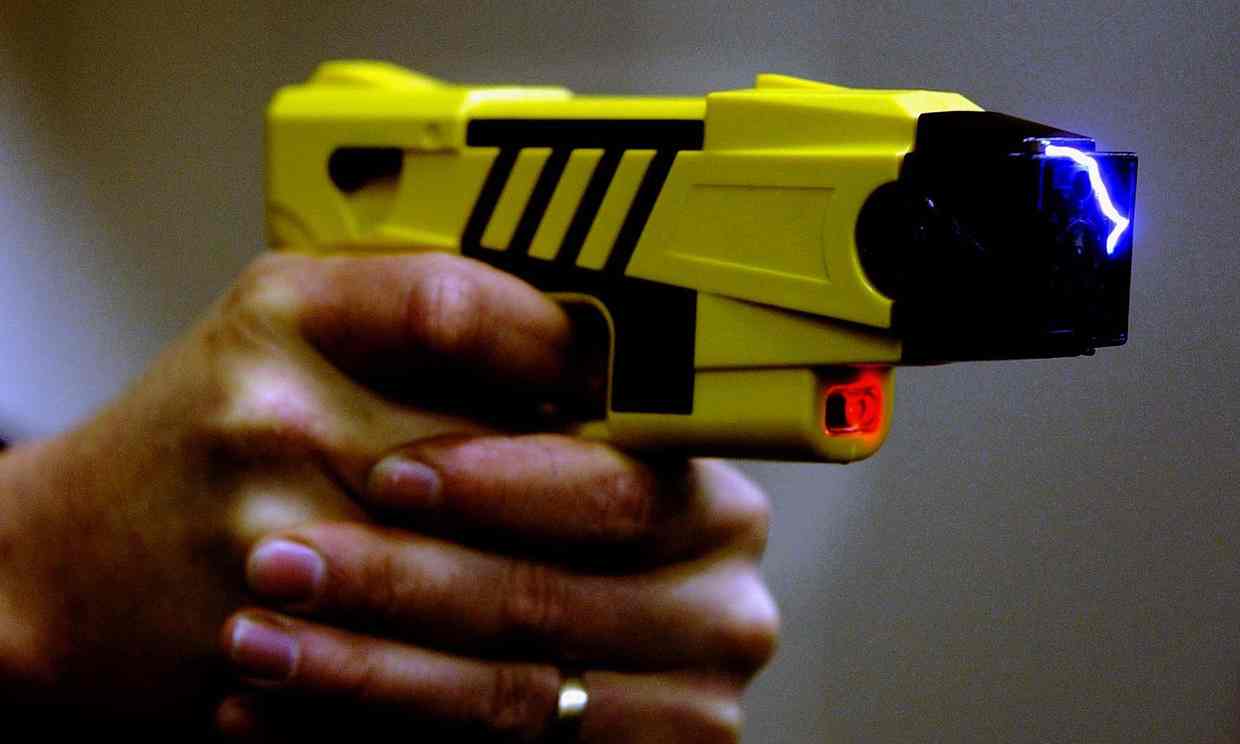 ‘What we seeing is a health service relying on a forensic solution to meet clinical need, and yet policing really has no place in mental healthcare.’ Photograph: Rui Vieira/PA

An amendment to the policing and crime bill tabled by former health minister Norman Lamb in support of Black Mental Health UK’s campaign for an outright ban on Tasers against patients in psychiatric hospitals has broken the silence on a hidden human rights abuse.

The unequal power balance between those subject to such treatment and statutory providers and the police has silenced public debate around this issue, until calls to ban the use of Taser or any other conductive electrical device against detained patients was debated in the House of Commons during report stage of the policing and crime bill.

When these weapons were first authorised by the Home Office in 2003 they were restricted to authorised firearms officers as a less lethal alternative to guns. At that time it would have been inconceivable to think that mental health services would ever draw up clinical protocol on their use against patients detained in their care.

The United Nations committee against torture and other cruel, inhuman or degrading treatment (CAT) stated that TaserX26 weapons cause extreme pain and constitute a form of torture. The UN convention on protection of the rights of people with disabilities requires that states take measures to prevent people with disabilities from being subject to torture or cruel, inhuman or degrading treatment or punishment.

But for more than 10 years, Tasers have been used against patents in locked psychiatric settings, with such practices going unmonitored or investigated by the Care Quality Commission or the Independent Police Complaints Commission, the public body responsible for handling complaints against the police.

The use of police weaponry against detained patients is part of a much bigger problem.

A Guardian freedom of information request on the police response to calls for help from staff at psychiatric units spotlights the pressures on an overburdened system. The staggering 617 emergency 999 calls by one London trust in the past 12 months is indicative of a more pressing dilemma.

What we seeing is a health service relying on a forensic solution to meet clinical need, and yet policing really has no place in mental healthcare. The home affairs select committee’s inquiry report into policing and mental health (pdf) highlighted concerns about the over reliance on police resources to plug this care gap in psychiatric services.

Parliamentary debates have noted that since 2010, there has been a steep fall in the number of mental health nurses. Up to 4,000 have been lost, leaving a skills gap in the NHS.

Those with a serious mental health condition can become agitated or upset when experiencing psychosis or mania and they may appear aggressive, but this symptom of an illness, not violent criminal behaviour. There is a need to dispel the myth that this group of patients are dangerous.

Both Department of Health and policing guidance (pdf) states that “people with mental ill health rarely commit serious crimes and are at greater risk of becoming victims of crime than the general population”.

Charles Walker MP tabled an amendment to the policing and crime bill that would require police forces to have to notify the home secretary within a week if Taser was used on a psychiatric ward and also introduce greater scrutiny of police attendance on mental health wards.

Transparency around the treatment of detained patients is particularly important; currently there is no statutory requirement for either the police or mental health providers to report any incidents of Taser use against patients to monitoring agencies for independent investigation.

Over the last 10 years, Taser use has widened from use by firearms officers in situations justifying armed intervention to other trained police officers. This rollout across England and Wales has been accompanied by a 232% increase in the overall use of the weapon between 2009 and 2013 (pdf). The push for all police to be supplied with these firearms is growing, with the Police Federation calling on the then home secretary, Theresa May, to allow all uniformed officers to be equipped with these weapons.

Former policing minister Mike Penning said during the debate on the bill: “My heart tells me that the use of a Taser within a secure mental health facility must be wrong”, adding “but my brain and my experience tell me that in exceptional circumstances – it must not be the norm – it could happen”.

Penning committed to working to improve the recording and reporting of incidents involving police officers and Tasers on psychiatric wards, but this by no means go far enough – human rights abuses should be stopped, rather than monitored.

The UK was one of the early proponents of the CAT, which aimed to prevent ill treatment of those in detention, and the government states torture prevention as a foreign policy priority.

Banning the use of Tasers in mental health settings would be a timely way of demonstrating to nations whose human rights records leave something to be desired that the protections afforded under CAT are being upheld for those in detained psychiatric settings at home.

The policing and crime bill is being debated in the Lords, where police presence on wards and the issue of Tasers will again be raised with a view to getting a ban on their use on the statute books.

This article first appeared on the Guardian.com website in the Healthcare Network section of the newspapers website.

Here is a Russian Television interview with the author of this article: credit:RT.com :-