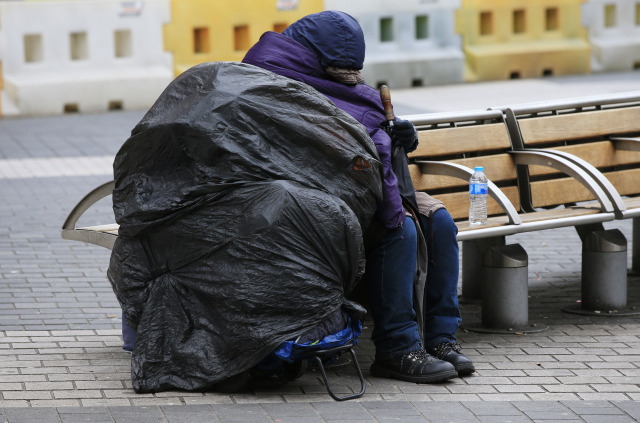 Theresa May has announced a £40 million package designed to prevent homelessness by intervening to help individuals and families before they end up on the streets.

The Prime Minister said that the move was a first step in a policy shift moving the focus away from dealing with the consequences of homelessness and putting prevention “at the heart” of the Government’s approach.

Manchester, Newcastle and the London borough of Southwark are to be the first “homeless prevention trailblazer” areas in a £20 million programme trialling innovative approaches to the problem.

Local authorities will be able to bid for cash from a £10 million grant fund for early intervention to help rough sleepers before their problems become entrenched. And a further £10 million in Social Impact Bond funding will provide personalised support to address the complex needs of long-term rough sleepers and get them into accommodation.

Writing in The Big Issue magazine – which is sold by homeless people, Mrs May said: “We know there is no single cause of homelessness and those at risk can often suffer from complex issues such as domestic abuse, addiction, mental health issues or redundancy.

“So I believe it’s time we changed our approach. We can no longer focus on tackling the symptoms and immediate consequences of homelessness. We need to put prevention at the heart of a new approach.

“As a first step towards this change, I’m announcing a new £40 million package to both prevent and tackle the causes of homelessness.

“This will include £20 million for local authorities to pilot innovative initiatives to tackle the causes of homelessness – helping to find solutions for families and individuals before they reach crisis point.”

The announcement comes as official figures show homelessness has risen to its highest level for nearly a decade, with a total of 15,170 households classed as homeless in the three months to June 2016 – a jump of 10% on the same period last year.

Campaigners are planning a mass lobby of Parliament on Wednesday to encourage MPs to back a Homelessness Reduction Bill tabled as a private member’s bill by Conservative backbencher Bob Blackman.

The chief executive of homelessness charity St Mungo’s, Howard Sinclair, said: “We welcome this announcement and the Prime Minister’s pledge for a co-ordinated approach to ensuring that no-one has to sleep rough on our streets.

“We hope this is the first step to a new and coherent national strategy and approach to make sure nobody is turned away when they have nowhere safe to stay, no matter where they are in the country, and that all rough sleepers can access the support they need.”