Gordon Anglesea spent years denying any of the attacks, with one key witness hanging himself before the case got to trial. 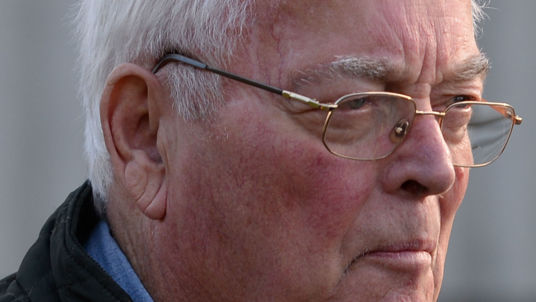 Former superintendent Gordon Anglesea, 79, showed little emotion as he was sentenced at Mold Crown Court to 12 years in prison for four indecent assaults on vulnerable teenage boys in the 1980s.

Another alleged victim, known only as Michael, spoke exclusively to Sky News and described Anglesea as “a tyrant, a bully and a predator”.

The former care home resident travelled to North Wales to see Anglesea caged and described how powerful the abuser was back in the 1980s. 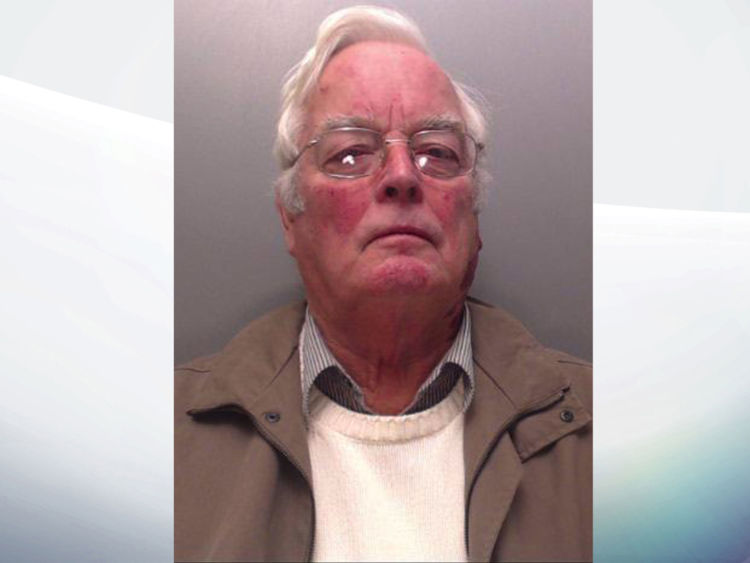 Gordon Anglesea has been jailed for 12 years

Michael said: “He was the police, he was Gordon Anglesea and now he is just a prisoner … good riddance to him.”

Anglesea’s recent trial centred on two other men who explained how they had been abused – one described being “passed around like a handbag” by a group of powerful men.

In a police interview one of them said Anglesea’s job ensured they could never speak out.

NCA deputy director Roy McComb said: “Gordon Anglesea abused children who should have been safe in his presence and caused lasting damage that only his victims can truly know and understand.

“They have shared just some of that impact with the court during the trial. I believe the sentence of 12 years imposed by this court today reflects the serious abuse of trust that Gordon Anglesea perpetrated in order to facilitate his sexual offending. ”

The former superintendent’s legal team has promised to appeal his convictions and after he was led to the cells his solicitor proclaimed outside court that Anglesea was “an innocent man”.

Anglesea had always protested his innocence and even won a court case in the 1990s in which he was awarded £375,000 damages after similar allegations were made against him. 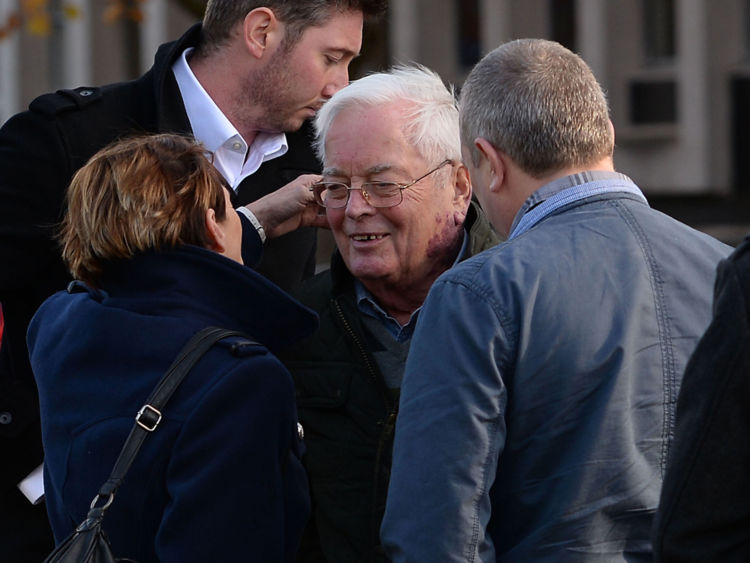 Anglesea with family members outside the court before being sentenced

Journalist Dean Nelson who wrote one of the original articles that accused the former policeman told Sky News that it feels like a “bittersweet kind of justice” because some victims are not here to see it.

He said: “They weren’t believed and the fallout from that was catastrophic.

“One of the key witnesses in the case, Mark Humphreys, killed himself. His marriage broke up, he left his wife and young children and moved into a flat and he hanged himself.

“Everywhere these people turned for justice they didn’t get it and they were told that the state and its apparatus didn’t believe them.

“Now we know they were right all along and there needs to be a reckoning for that.”

North Wales Police have issued an apology to Anglesea’s victims and their families and said on his conviction that “time has caught up with Gordon Anglesea”.

In the UK, on 21 October 2016, Gordon Anglesea was found guilty of sexually abusing boys at a North Wales children’s home, Bryn Estyn, and at a young offenders institution.
Anglesea is a former police superintendent. He is also a freemason and has been a school governor. Scallywag Magazine alleged that MI5 used to take foreign diplomats to the North Wales homes, give them boys to ‘play’ with, secretly filmed them as they buggered, abused and tortured boys, and then kept the tapes as evidence.

‘Over a dozen victims of the North Wales child abuse ring, who complained of abuse, have met suspicious deaths’.
North Wales paedophile ring, top people, the police and the security services
Operation Pallial which investigated Anglesea, has been investigating ‘widespread and organised child abuse in north Wales.’
In the 1990s, Anglesea was awarded £375,000 in damages after successfully suing news organisations that had linked him to abuse…
http://aanirfan.blogspot.co.uk/2016/1…