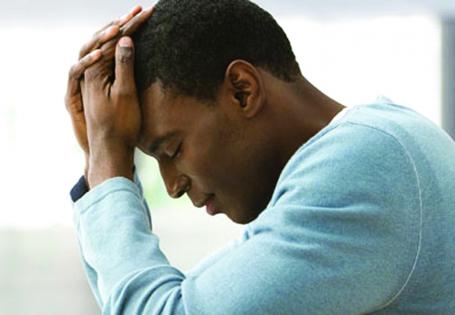 THE COUNCIL of Europe’s Race Committee have voiced concerns over the discrimination against black people of African descent by mental health services.

In a report published by the European Commission against Racism and Intolerance (ECRI), calls have been made for the Government to commit to addressing the racism faced by black people from the UK’s African Caribbean communities, from both mental health services and the police.

The 83-page document, which examined the country’s human rights record on race relations, highlighted a number of concerns, including the treatment of black African groups, particularly in the area of mental health care, among the 23 recommendations that have been made to the Government. The report says: “ECRI is concerned about numerous reports indicating that people from Black African or Caribbean ethnic groups have the highest rate of contact with specialist mental health services.”

The document goes on to detail ECRI’s concerns over coercive treatment that black people are subject to when they come into contact with statutory mental health services, adding: “Allegations of discrimination by police and by the mental health services in relation to black people have been made and that high levels of coercion rather than care typify the Black African/Caribbean patient experience.”

The Commission makes clear recommendations to the Government reminding them of their duty to remedy this type of institutional racism that black people who are living in the UK face on a daily basis and states: “ECRI considers that the authorities should look into these allegations and review the treatment of black African and Caribbean people in the mental health care system.”

The section on mental health and African Caribbean communities is the only place in this document where the discrimination faced by black people of African descent is highlighted in the report to the UK. Earlier this year, human rights campaigns group Black Mental Health UK (BMH UK) submitted written evidence to the ECRI. BMH UK’s 11-page submission covered a number of areas where people from the UK’s African Caribbean communities continue to face racism and intolerance without any remedy or redress. Among all of the Government and society agencies that have
contributed to this report,.

BMH UK remains the only agency from Britain’s black African community that has contributed to this ECRI review on racism and discrimination in the UK.

This report cites BMH UK’s submission before making recommendations to the Government, stating: “According to information from the organisation Black Mental Health UK, although the prevalence of mental illness amongst this group is not higher, black people are 50 per cent more likely to be referred to the psychiatric services via the police than white people.”

ECRI then calls on the Government to look into and review how statutory mental health services and police
services treat black people.

An appendix details a section inserted at the request of the Government entitled: ‘UK Government response to the 5th report on the United Kingdom by the European Commission against racism and intolerance’. While it details responses to many recommendations in this race report, it omits any mention of mental health in relation to black people from the UK’s African Caribbean communities.

It also sidelines the recommendations and concerns raised in section 83 of ECRI’s main report on the need to address the institutional racism within the police and mental health services and the discriminatory treatment that black people of African descent are subject to by these services.

Race equality and human rights campaigners are concerned that this omission is an indication of the lack of commitment by the Government to address the racism faced by black people of African descent living in the UK who are
forced to come in contact with both the police and mental health services on a daily
basis.
Many believe it would have been good to have seen some kind of commitment from the Government to address this issue before the country exits Europe.

This is the last report that ECRI will make to the UK now that Prime Minister Theresa May has announced that she will trigger Article 50 for Britain to leave the EU next year.

This final report to the UK from the human rights body of the Council of Europe was prepared following ECRI’s visit to the UK in November 2015. The document takes account of developments between 2009 and March 17, 2016.