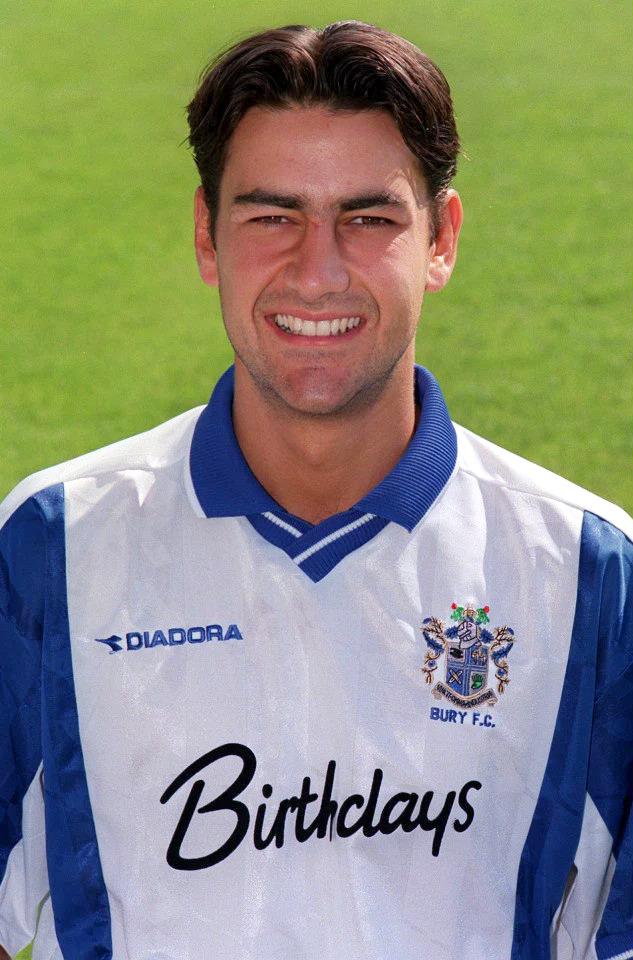 A FORMER Bury footballer who has spoken of the abuse he suffered at the hands of a coach says the outpouring of support he has received has been “totally overwhelming.”

Ex-Bury FC defender Andy Woodward last week told how he was abused by coach Barry Bennell while at Crewe Alexandra between the ages of 11 and 15. Bennell, a talent scout who worked with several clubs across the North West and Midlands, was jailed for nine years in 1998 after pleading guilty to sexual offences.

In the last week, at least six other people have come forward to Cheshire Police and Mr Woodward says he is proud to have encouraged more victims to speak up.

The 43-year-old, who made more than 100 appearances for The Shakers in the 1990s, said: “The last week has been totally overwhelming, it has been an emotional rollercoaster.

“But in my heart I knew that what happened to me was totally wrong and that there were so many people out there suffering in silence like I had.

“The number of people who have already come forward has not surprised me, but I am so proud to think that reading my story might have given them the strength to do so.

“More importantly, it has given us all a chance to live and enjoy the rest of our lives.”

Mr Woodward’s managers at Gigg Lane, Stan Ternent and Neil Warnock, were two of the few people in football that he was able to confide in, and both have praised his bravery in coming forward.

He left Bury to join Sheffield United in 2000 and attended Tuesday’s match between the two sides at Bramall Lane.

He added: “I struggled throughout my career in terms of my mental health, but when I did talk about it while I was at Bury it gave me the chance to go out and play.

“Both Stan and Neil were immense and so thoughtful. I asked them specifically to keep it to themselves and they kept their word.

“It was quite emotional being at the match on Tuesday night and quite ironic that Bury and Sheffield United would be playing each other at this time.

“I know that a lot of Bury fans want me to come to a home game and I would love to come to Gigg Lane soon to see all of the fans again.

“I have had so many messages of support on social media and I am trying my best to keep up with them all, especially from the Bury fans.”

He has criticised Crewe’s response to the revelations, saying they have shown a “lack of compassion” towards him and other victims.

He said: “I am crying out for more victims in football to come out and speak. I hope they will pluck up the courage to tell their stories because they will feel better for it. No man or boy should have to suffer the trauma that I have.”

Crewe chairman John Bowler has confirmed that the League Two club are investigating the historic allegations of sexual abuse.

Sue Ravenlaw, head of equality and safeguarding at the Football Association, said: “Reading Andy Woodward’s story in The Guardian was heartbreaking and we applaud his immense courage in coming forward to speak about the horrific abuse he suffered.

“Barry Bennell remains permanently suspended from football, in line with our procedures.

“The FA takes all matters of safeguarding and child protection seriously and we encourage anyone who may have experienced or is experiencing abuse in football to contact the NSPCC’s confidential 24-hour helpline on 0808 800 5000 or Childline for children and young people on 0800 1111.”

Cheshire Police urged anyone who had been the victim of a sexual offence, no matter how long ago, to ring 101.