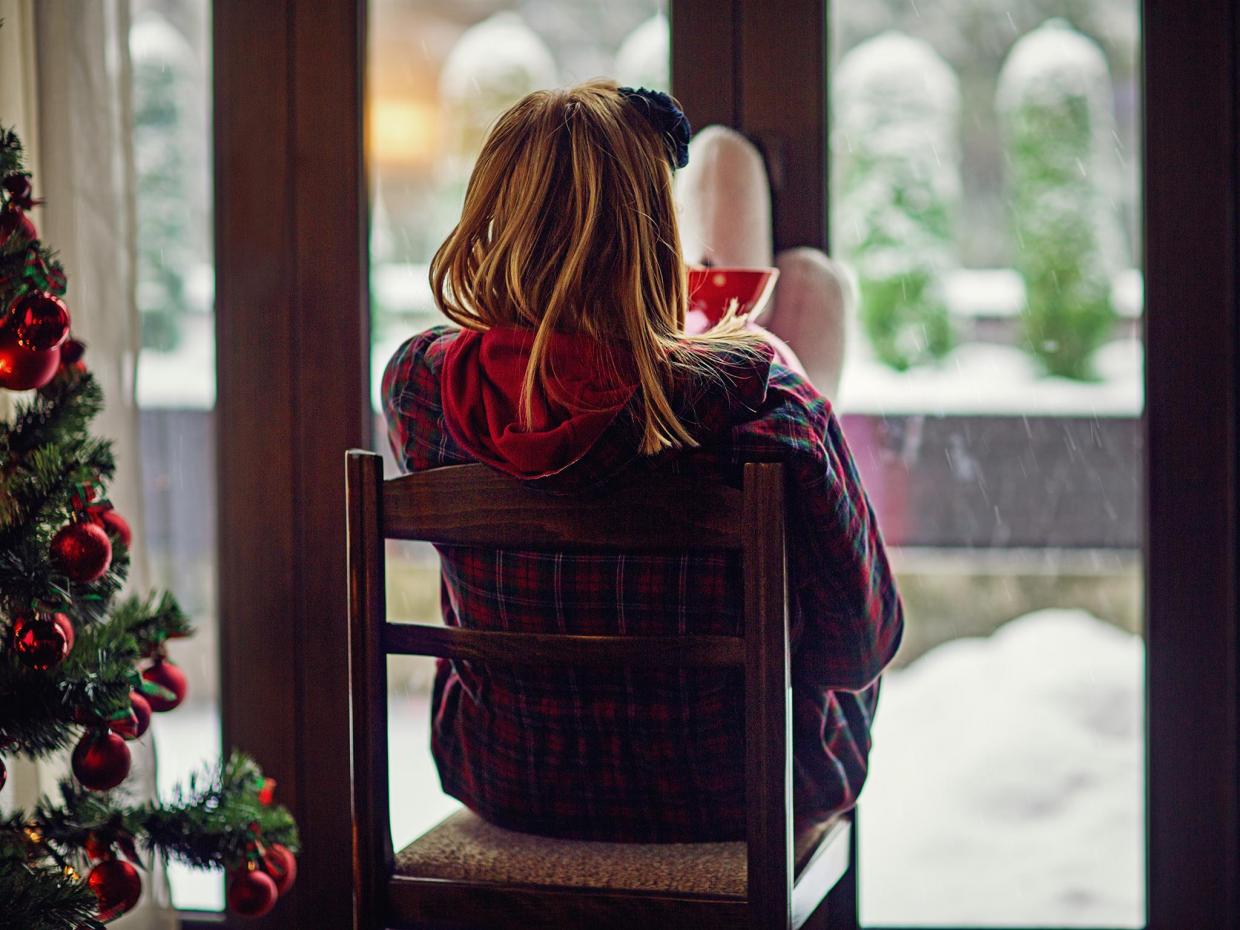 Loneliness during the holidays is often associated with older people, but new research has revealed that millennials also struggle not only with isolation but stress and anxiety during what is supposed to one of the happiest times of the year.

One in 10 people aged between 25 and 34 who took part in a recent survey by mental health charity Mind said that they have no one to spend Christmas with, compared with one in 20 older people.

“Every year, there is extra pressure to be happy, to have love surround you – and for me, it feels the loneliest because of this. The media create this ‘perfect’ vision of a family Christmas – and it’s an ideal that has hung over me and made me very miserable. My depression and anxiety always gets worse in December,” said Caitlin Maggs, a 24-year-old who called the Mind Infoline last December when she felt she was at breaking point told the charity that she found Christmas a “particularly anxious time”.

The burden of financial stress – likely linked to the prevalence of insecure, low-paid work among the age group – affected half of millennials compared with a fifth of older people. And at a time when highly curated lives are splayed across social media a further third of the over 2,000 people surveyed said they dwelled on what they have failed to achieve in the year compared with 9 per cent of older people. Compounding this is the pressure to keep up with friends and present the “perfect” Christmas online.

The research chimes with the findings of other charities. More widely, Sarah Murphy head of advice and helplines at Rethink Mental Health told The Independent that its supporters of all ages report that the pressure to be more cheerful and splash out on presents can cause mental strain – exacerbating symptoms of panic attacks, depression, low-moods, and cause sleeping problems and even thoughts of self-harm and suicide.

Poor diets – particularly those drowning in alcohol – can worsen existing mental health symptoms, while a busy social calendar can disturb important routines that help people cope with illness. Brimming social calendars, unbridled indulgence and cosy evenings with beloved and missed family members make Christmas a source of strength before the long winter months for many. But for those who struggle with mental illness or have far from nuclear families, the holiday-season is one they can’t wait to see the back of.

Previous research for Mind also shows that those with mental health problems are more likely to feel unable to cope, pressure to have the “perfect” Christmas, compare themselves to others on social media, feel lonely, and consider taking their lives at Christmas that those in the general population. And suicide helpline charity Samaritans recently urged people to stop striving for a perfect Christmas, after a survey of 1,160 adults in the UK found that half hide their feelings at Christmas to keep others happy.

Yet, despite the startling statistics, calls to Rethink Mental Health’s emotional support helplines remain fairly stead over the Christmas period, suggesting that people are busier but also that they may not realise how to seek help. And those keen to look out for signs that a loved one is struggling to cope in the winter months need to tread carefully, advises Murphy, as mental illness manifests itself in a myriad ways. But there are red flags to watch out for.

“Someone experiencing depression, one of the most common mental illnesses, people might be withdrawn and spend more time on their own, sleep and eat more or less than usual, or be less interested in things they used to enjoy,” she said.

“If someone is experiencing psychosis, symptoms might include seeing or hearing things that aren’t there, or having delusional thoughts, for example being convinced people are trying to harm them or that they are being followed.”

Blaming someone for “ruining” Christmas with a low mood or telling them to “pull themselves together” will not help, stresses Buckley. “It possible they are already blaming themselves, and further criticism is likely to make them feel even worse.

“But something as simple as asking them how they are doing and letting them know you are there for them. Also, letting them know that help is out there can make a big difference, however alone they might feel. Listen without judgement. Let them describe what they are going through. You could suggest that they contact their GP or call a helpline as a next step.”

If you are having suicidal thoughts, you can call Samaritans on 116 123.