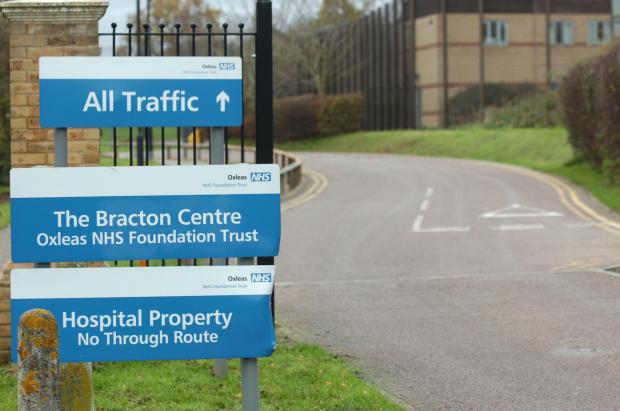 A violent psychiatric patient stabbed two members of staff on a mental health ward in a vicious knife attack.

Grant was being held at the Bracton Centre secure unit in Dartford, Kent after he was jailed for smashing a champagne bottle over a man’s head in a random attack in Brixton, south London.

CCTV footage showed his victim Ali Awes lying unconscious on the ground with a deep cut to his head and a knocked out tooth on June 2 last year.

The 31-year-old paranoid schizophrenic had been transferred there from prison on July 15.

But just two days later feeling he had been disrespected and pushed Mr Barrett aside to grab a knife being used to prepare lunch.

He then repeatedly stabbed Mr Barrett before other staff members, including Mr Falomo, rushed to intervene.

As Mr Falomo tried to restrain Grant, he was hurled to the floor and also stabbed repeatedly in his upper body.

As he carried out the attack, Grant shouted “Allahu Akbar – Jah Rastafa” before starting a fire and burning his clothes and the knife.

Prosecutor Simon Taylor said photographs showed “the general level of carnage” caused by Grant, who had written his street name Taz either in blood or tomato sauce next to his pile of burning clothes.

After his arrest Grant, who had a £60 a day skunk cannabis habit and used synthetic skunk Spice, told police staff had “dissed” him and he had sorted them out.

Grant, from Streatham, South London, was originally accused of two offences of attempted murder, but his guilty pleas to wounding with intent were accepted.

Psychiatrists found that Grant, who appeared by video link with high security Broadmoor Hospital in Crowthorne, Berkshire, was suffering from a mental disorder and recommended that he be detained in hospital indefinitely.

Judge Jeremy Carey made a “hybrid order” which allows for an offender to be detained in hospital and if treatment is no longer necessary the remainder of the sentence is served in prison.

Today Grant was given a hospital order under the Mental Health Act but told if his mental condition improved he would have to serve any of the remaining 16-years jail sentence.

He will be on licence for a further three years under an extended sentence.

Judge Carey said: “Julius Falomo is a brave man and is to be commended for that.

“But the hard fact remains both men are deeply traumatised still by what occurred to them – and why on earth would they not be?

“They are both in a state of anxiety in relation to being in public and being at risk. Neither has made a full physical recovery.”

Judge Carey ordered there should be a High Sheriff’s bravery award to Julius.