This week, the Ceremonial Mayor and councillors dropped in to the group’s centre in Eccles to see the great work that continues to help those with mental health issues in the city. The support group’s activities have now also got them nominated for the Community Organisation award at the National Diversity Awards. 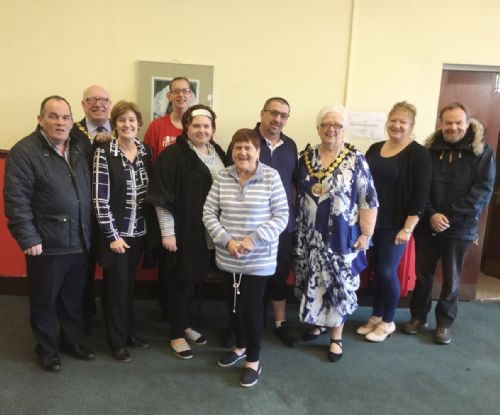 There were demos, petitions, an occupation of the Salford Council Chamber…and one very livid City Mayor, Ian Stewart, who faced the wrath of mental health service users fighting cuts to their drop-ins. As they formed themselves into the aptly named USUC, or United Service Users Committee, it was definitely one of the most bitterly fought campaigns against cuts in the last decade.* 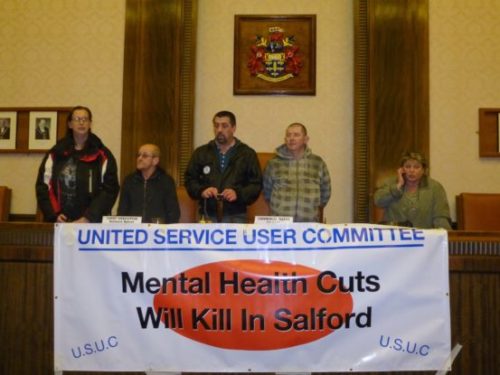 Five years later and the group is not only surviving but flourishing, both as USUC and CHUG (Cromwell House Users Group), with drop-in sessions three days a week in Eccles, where there are all kinds of social activities as well as wellbeing and weight management classes.**

This week, Ceremonial Mayor Karen Garrido, together with her consort Robin Garrido, Eccles councillor Peter Wheeler and Gina Reynolds, Lead Member for Health and Social Care, dropped in themselves to see the great work the group does… 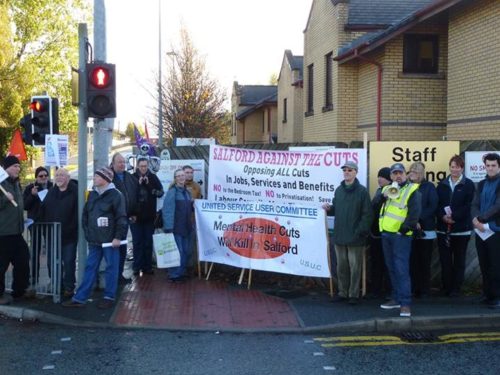 “They were all very impressed and supportive of the group, in the set up we have, how many people were in attendance and the different activities we have” says Steve Cullen of USUC and CHUG “They can understand now why we campaigned the way we did under the USUC banner, against Ian Stewart.”

The councillors agreed to help promote the group throughout the city, which is open to anyone who has suffered from mental health issues now or in the past.

“As Robin Garrido said, there are people out there who suffer and don’t realise it” Steve explains “The more people that know about these groups the better.”

CHUG has now also been nominated for the Community Organisation award at the prestigious National Diversity Awards, which recognise individuals and groups from grass roots communities who have contributed to creating a more diverse and inclusive society. 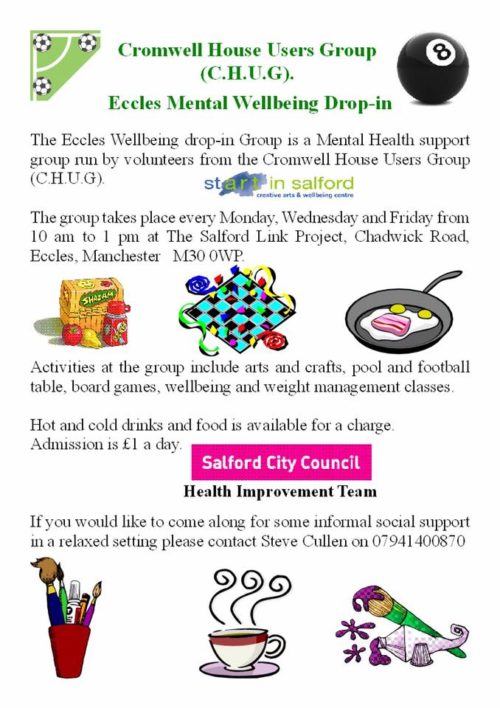 **CHUG is open Mondays, Wednesdays and Fridays 10am-1pm at Salford Link Project on the corner of Bright Road and Chadwick Road in Eccles. Admission £1 per day. For details phone Steve on 07941 400870
*See previous Salford Star articles for a full background…