Omega 3 fish oil and its effect on mood and mental function.

Eicosapentaenoic Acid (EPA) & how  it effects our mental health:-

Studies show that people who are suffering from depression, bipolar disorder, ADHD, ADD, postnatal depression, PMS, dyslexia and many other mood and learning related disorders have low levels of the essential Omega 3 fatty acids in their blood. High levels of the equally essential but over abundant Omega 6 fatty acids have also been found. This imbalance can turn out to be extremely debilitating for some, or it could simply mean low moods, an inability to concentrate and focus, irritability and a general feeling of malaise for others.

Over the past 70 years or so, we have dramatically increased our consumption of Omega 6 and all but annihilated our intake of Omega 3 and the staggering reality is that very few of us are actually getting the amount of Omega 3 we need. Fish oil contains the Omega 3 fatty acids Eicosapentaenoic acid (EPA) and Docosahexaenoic acid (DHA), both of which are vital for healthy brain development and function. Putting physical health problems aside, those of us who have low blood levels of Omega 3 are more likely to adopt a negative outlook on life, to behave impulsively and to feel depressed according to researchers at the University of Pittsburgh.

It stands to reason that if we increase our intake of Omega 3 fatty acids in the form of fish oil, then we might be able to improve mood and reduce, eliminate or even prevent many of the symptoms associated with a lack of these fatty acids. And this is exactly what researchers have found.

What the research says.

According to a study led by Lawrence Whalley, a mental health professor at Aberdeen University, fish oil appears to help the brain to work faster, it increases IQ scores and slows down the ageing process by reducing inflammation.

The Durham trials led by Dr Madeleine Portwood have consistently shown that fish oil with a high EPA content improves behaviour, concentration and learning resulting in better grades at school. . Adelaide University, who also used high EPA fish oil, claimed it to be an effective treatment for ADHD.

Research led by Dr Andrew Stoll looked at the effect of Omega 3 fatty acids on Bipolar disorder and found that fish oil reduced the severity of the symptoms.

Hibbeln et al found a direct link between lower fish consumption and the risk of developing postnatal depression and that research spanned 22 countries.

An Italian study by Fontani et al concluded that Omega 3 supplementation improves complex cortical processing with improvements in mood and a reduction in anger, anxiety and depression .These examples represent only a fraction of the studies conducted but they demonstrate just how effective fish oil can be in positively influencing mood and mental functioning.But one of the biggest studies to date on the effect of Omega 3 fatty acids on depression was conducted by Malcolm Peet at Sheffield University who found that ethyl-EPA, a highly concentrated and purified form of the Omega 3 fatty acid EPA, dramatically reduced depression. He, along with a growing number of others, now believe that EPA is the fatty acid primarily responsible for the profound effect on mood and brain functioning and not DHA as once was thought. Although we need both EPA and DHA equally, as Ralph Holman, an expert on fatty acids once said “DHA is structure and EPA is function”. We need DHA for the proper development of the brain during pregnancy and through the first few years of life, but the rest of the time we need EPA for the brain to function efficiently. Some research has also indicated that the presence of DHA might actually interfere with the beneficial properties of EPA making it somewhat less effective than fish oil with a very high EPA content.

No one yet knows exactly how EPA works, but it is believed to reduce inflammation, thin the blood, increase serotonin levels, and improve blood flow to the brain leading to greater inter-connectivity in the neural networks. EPA and other fatty acids we consume compete with each other to be converted into eicosanoids. These hormone-like compounds will either be pro-inflammatory or anti-inflammatory depending on the type of fatty acid that dominated at the time, for example, Omega 3  or Omega 6.

As EPA is constantly being used up as it were, we need to replenish our supplies in order to inhibit overproduction of pro-inflammatory eicosanoids, which is known to put us at greater risk of depression and other health problems. Conclusion . 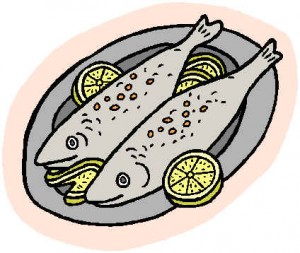 Fish oil may not be a panacea for mental health problems, but there is little doubt that supplementing with fish oil high in EPA has the ability to improve mental functioning and to make a profound difference to the symptoms associated with mood  related conditions like depression..