Stigma and Benefit Reform Combine to Create Fear and Further Exclusion, not Employment ! 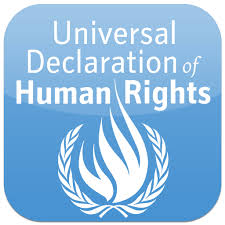 ‘Everyone has the right to work, to free choice of employment, to just and favorable conditions of work and to protection against unemployment’.

It is well established that paid employment is related to physical and mental health and longevity, financial stability, increased social contact, positive self identity and providing individual meaning (Shah and Marks 2004).

Unemployment is associated with poor physical and mental health including anxiety and depression, poverty, increased use of drugs and alcohol, premature death, and increased suicide rates. (Burton and Waddell 2006).

Despite the legal acknowledgement of the right to employment, it is largely denied to the population of people with serious mental health conditions.

Employment rates as low as 3.4%. have been reported for people with diagnoses of a mental health condition who are receiving care under the ‘care programme approach’ (HM Government 2009). Work, Recovery and Inclusion. London.).

Research shows a high percentage of people who have had a diagnosed mental health condition want to work, although many believe this is not possible (Secker et al 2001, Grove et al 2003).

The individual placement and support model of employment is recognised for its success in supporting people in secondary mental health services back to work showing that many people can work given the right opportunities (Fraser et al 2008) Rates included 47% (Lahmer et al (2006) 55% (Burns et al 2008),  61% (Bond 2008).

Despite these examples this unemployment remains as high and recent statistics indicate it has increased during the recession (Evans-Lacko et al 2013).

The study revealed stigma and discrimination to be the biggest barrier to employment identified by people with mental health conditions who had been offered or involved in employment support.

During in depth interviews people described discrimination in all areas of life.

Stereotypes linking mental illness with violence are still strongly portrayed in the media.

‘People are scared because of all the things that the media tell them, that we go around stabbing people’. (Sol SUP).

People reported cases of discrimination by employers and employees or stories about this in the media. ‘..

They sort of sidle away from you, a lot of people are very unfriendly when they find out you know’. (Chris SUP)

‘I’m scared they will find out. I hear them say ‘he’s psycho’ things like that, I just laugh but it makes me feel uncomfortable’. (Caroline SUP)

The process by which mental health services label people with stigmatizing illnesses which then become the focus of interactions and the person’s main identity was described.

Unlike other health services advice by health professionals was often conflicting such as whether or not to avoid work.

‘If you hear somebody say that you can’t do this, it doesn’t matter whether you can or can’t do it, it knocks your esteem’. (Jenny SUP)

‘It can be very complicated and then you get different messages from different people. People saying it will make you very unwell if you work others saying work’. (Chris SUP) 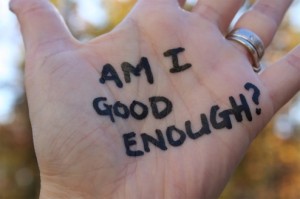 The impact of this experience on individuals was psychologically damaging as people believed they would be rejected by others, they feared exposure and often avoided social contact.

Often as a result people are made to feel incompetent and worthless as their sense of efficacy is undermined and stigma is internalised. ‘

They don’t understand they bolt down the latches’. (Sol SUP)

‘They hate us we are the bottom of the pile’. (Jenny SUP) 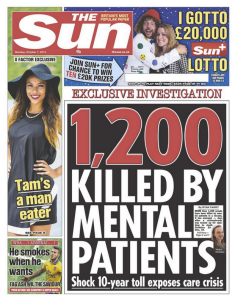 ‘I’m scared of making a fool of myself no one likes to make a fool of them do they?’ (Sol SUP)

‘‘I wouldn’t be able to cope…Well most people would be married and have kids by now. What are you supposed to say?’(Sol SUP)

‘It attaches itself to you physically sexually; I can only just look in the mirror now after years’. (Caroline SUP)

Those people who had taken the step of returning to work were still scared of exposure and the levels of anxiety undermined their confidence and affected performance at work.

‘It’s harder to communicate now. When people are talking I can’t understand them. I am so anxious I can’t plan.

Sometimes I can’t speak. I always have to ask what to do next. I need reassurance from the boss all the time’. (Caroline SUP)

‘I tended to work nights so I wouldn’t have to speak to them’. (Chris SUP).

‘I felt people looking at me and analysing, so there were fewer people around at night which makes you feel all right. You didn’t have to interact with people because that’s where the problems were people were cliquey they had bad attitudes’. (Chris SUP) 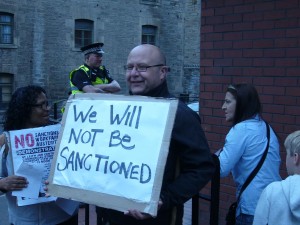 The government claims that the benefit reforms aim to get people back to work.

Receipt of employment support allowance is now dependent on passing capacity assessments and for many work related activity, with sanctions being applied for failure to comply, leading to suspension or loss of benefits.

The research showed how these reforms and the associated press vilification of people as benefit scroungers increased feelings of social rejection and victimization amongst people.

Fear and anxiety about increased poverty, homelessness and starvation and feelings of instability led to increased symptoms or a focus on symptoms as a justification of not being able to work. This was underpinned by a belief that discrimination meant they would be unable to get work.

I just can’t, I just can’t do the work they want me to do because my attention span is so short and I go from one thing to another. Oh, you think that I get things done but the reality is that by the end of the day you have done nothing.’ (Sol SUP)

‘They say there is 2.6 million they say there is half a million jobs that are available. If you’re mentally ill you’re gonna be back of the queue aren’t you?’ (William SP)

There is a feeling that they want you to go back now quickly.’(Chris SUP)

‘A panic attack if I had one of them I don’t know what I would do they would see you shaking’. (Chris SUP).

If that happened it would – it would squash the confidence I’d built thought up. By a bad experience. I’m looking at next year sometime.’(Chris SUP)

‘That’s why I want to get some more control over it…Which I am getting slowly and surely.  (Chris SUP).

Benefit reform then, was seen as another attack increasing already existing feelings of fear and exclusion from society often led to behavior such as a focus on symptoms, isolation and refusal of potentially positive opportunities.

Recent statistics and media stories have indicated that people are more likely to have benefits cut rather than get work. The list of people who have committed suicide as a direct result is increasing and in one case a man was reported to have starved to death following a benefit loss sanction.

Equality law was referred to by most participants in the study and in one case somebody had been empowered by its use at work.

Regular management meetings with support from an IPS worker enabled this participant to voice any concerns about work, so that action could be taken to ensure he was able to do his job and for him to receive reassurance and feedback about his performance at work.

‘In meeting with my District manager basically being my spokes person cos it’s very difficult for me to talk about’ (Mike).

For the majority of people service users and staff alike however, although people were aware of the equality act, it was seen as powerless to challenge discrimination.

It’s alright being honest but it doesn’t help if you don’t get the job does it? I think he made the right decision about not being open and honest with his employer about his mental illness’ (Ritchie SP).

‘Things like we welcome people with mental health problems to apply. But actually do they do that really?’ (William SP).

Even the service user who successfully used the act would not have chosen to disclose his illness if it wasn’t already known.

‘If I’ve bin a criminal or if I’ve murdered somebody, if I’ve done GBH and got put away for it would I declare it after the prison sentence has finished? I don’t think so’. (Mike SUP)

Summary and Recommendations for Services. 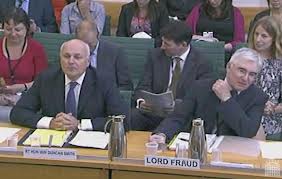 Discrimination, fear and low self-esteem caused by stigma; prevents people accessing employment and opportunities available as a right to others.

Benefit reform and the associated campaign create further stigma, fear and poverty rather than leading to employment opportunities for people with mental health conditions.

Social Action and change to individual interventions to combat stigma and its impact is vital. Further action to rewrite a positive narrative by people who have experienced mental health conditions as well as exposure of bullies and discrimination is necessary to end stigma (Radden (2011).

This is related to the need to challenge discrimination and uphold rights at all levels and in all communities in society by mental health organisations, staff as advocates alongside service users and their organisations (Pollard et al 2009).

Individual interventions to support people to recognise and challenge internalised stigma and negative self beliefs created by labelling and damaging social experience must be provided as a necessary part of any intervention (Rusch et al 2005, Corrigan et al 2006, Lysaker et al 2012).

The use of damaging stigmatised diagnoses and labels such as ‘schizophrenia’ was challenged. (Bentall 2000, 2006). 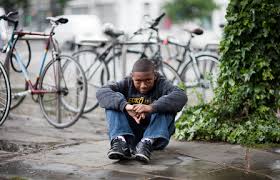 This indicated that identity which was damaged as a result of the experience of diagnosis of a mental health condition was preserved by positive or even different life experience, such as employment and possession of qualifications.

The need for work experience and for this to be positive and without threat is of paramount importance, especially when people have experienced a condition at a young age and have no alternative identity or experience.

The use of a bio-psycho-social assessment such as the model of human occupation, which is able to match individual values and skills to a work environment within which the person can perform well and is respected and valued, was strongly recommended.

Bentall, R. (2006). Madness explained: why we must reject the Kraepelinian paradigm and replace it with a ‘complaints-orientated’ approach to understanding mental illness.

The effectiveness of supported employment for people with severe mental illness:A randomised controlled trial. *The Lancet,* vil. /is 370 Burton K, Waddell G. (2006). Is work good for your health and well-being?

Jane Lee is a professional lead occupational therapist with Manchester Mental Health & Social Care Trust. She  actively campaigns for the rights of service users to be treated with the dignity of difference.
Credit: Photograph The Cost of Self-Stigma by Angela E. Gambrel
Additional Reporting by MUNReporter