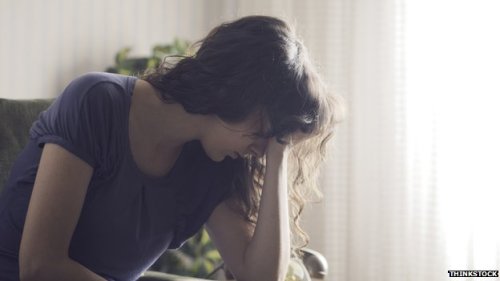 It comes after a 16-year-old girl was kept in police cells for two days last month because of a lack of care beds.

Her situation, in Torquay, came to public attention when Paul Netherton, assistant chief constable at Devon and Cornwall Police, tweeted his concerns. She was eventually found a bed on an adult psychiatric ward.

The joint Home Office and Department of Health review of sections 135 and 136 of the Mental Health Act also recommends reducing the maximum length of detention for someone in mental distress from 72 hours to 24 hours.

Home Secretary Theresa May said: “Too frequently it is a police officer who responds to a vulnerable person in crisis, and I am determined to put an end to children who are suffering a mental illness being detained in police cells.

“There is no place for this in our society.

“Vulnerable children and adults should be treated by police with respect and compassion, but I am very clear that it is the job of health professionals to provide the proper healthcare and support required.”

Sarah Brennan, chief executive of mental health charity YoungMinds, said that in order for the plans to work, more beds had to be made available for teenagers going through “the truly frightening experience of a mental health crisis”.

She said: “It is appalling that children and young people are held in police cells because there is no other place of safety for them.

“However, this legislation alone is not the answer. There must be funds available so that there is an increase in the number of safe appropriate beds that local areas can access easily and quickly.

“If this does not happen then the change to the law will have a knock-on effect that will see children and young people transported hundreds of miles across the country or placed on adult wards which the Mental Health Act already states should not happen.”

“I’ve been very clear that I want to ban the use of police cells for under 18s who need mental health care and I’m pleased that this is one of the main recommendations of the review.”

He said the use of police cells for adults and children with mental health problems had reduced by 24% this year.

Efi Hershkovitz, chief executive and founder of private care provider for young people Danshell, said: “This is a step in the right direction but the government must ensure that ‘place of safety’ beds are available for these vulnerable young people. It is not enough to pay lip service to the problem.”

The number of times police cells have been used to hold mentally ill people in England has fallen from 8,667 occasions in 2011-12 to 6,028 in 2013-14, according to the Health and Social Care Information Centre, which collates information for the Department of Health.

The home secretary had announced the launch of the review in May 2013.