The revelations follow a BBC investigation last year, which showed an increasing number of children were receiving inadequate mental health services, with some having to travel miles to get basic care.

The information was retrieved following a parliamentary question written by the Labour Party, who argue the figures show the government has failed to make mental health a priority.

Coalition ministers say they have increased mental health funding by £7 million to supply more beds and tools to prevent self-harm and eating disorders.

However, government figures including Care Minister Norman Lamb have previously described children’s mental health services in England as “not fit for purpose.”

The reduction in child service provisions comes in part due to cutbacks made by local councils, who have received less from the central government due to its ongoing austerity measures.

According to an investigation by the charity Young Minds, more than half of local councils in England had either cut or frozen their budgets in real terms.

“Children and young people’s mental health services have been chronically underfunded for decades and the current cuts to their funding have just added to the crisis that many local services face,” said Young Minds chief executive Sarah Brennan. 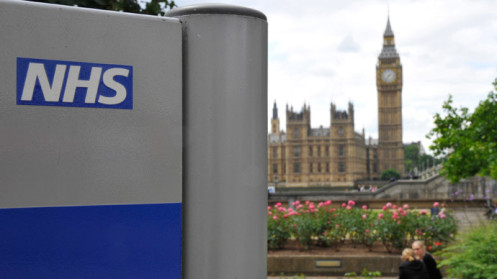 “These figures along with YoungMinds’ previous research demonstrates the ‘double whammy’ that children and adolescent mental health services face as both local NHS services and local government cut funding.”

Government ministers insist overall NHS spending has been protected by the government, and that £150 million was invested into services for young people with self-harming and eating disorders.

“We have legislated for mental health to get its fair share of local funding but too often children’s mental health still loses out,” Lamb told MPs in Parliament on Thursday.

“That’s why I have brought together experts from across health, education and social care to look at how we can give children the best possible mental health care.”

“Instead of making it a priority, ministers have cut the spending on children’s mental health services each year since they came to power,” she told MPs.

“The impact of these disastrous decisions has been devastating with increased waiting times, children having to travel hundreds of miles to get the help they need or being detained in police cells because there isn’t a bed available for them.”

The revelations come days after a new poll conducted by Action for Children showed that mental health was the biggest concern for parents in the UK, with 40 percent admitting that their child’s emotional state was their main concern.

Please leave your comments below and help others with feedback !