Pursuit of unhappiness: Most people with ‘depression’ are just a bit blue, claims expert 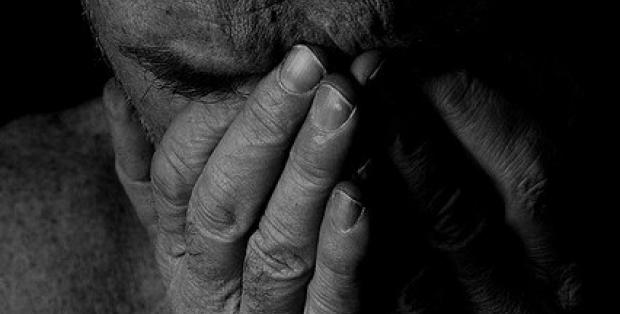 Pursuit of unhappiness: Most people with ‘depression’ are just a bit blue, claims expert

Most people with ‘depression’ are not medically ill and are actually just unhappy, according to a Manchester mental health boss.

Mancunians Google the search term ‘depression’ every two minutes, however a number of mental health professionals MM spoke to claimed this doesn’t necessarily mean they are depressed.

The findings, released by leading mental health rehabilitation service The Priory Group, show that people in the city are searching for information on the topic more than 26,000 times a month.

But mental health experts in Manchester warn of the dangers of confusing unhappiness with depression, revealing that that 92% of the UK’s population go through life without suffering severe depression or serious illness.

Tom McAlpine OBE, Director of Mental Health Awareness and Development (MHAD) said: “I think most depression, or what most people call depression, hasn’t got anything to do with mental health at all.

“I think the problem is that in our society here and in this part of the world, because of where we are and social changes, people now equate unhappiness with being ill.

“What we do is we medicalise unhappiness too much and so lots and lots of people describe themselves as being depressed,” said Mr McAlpine, who is also voluntary chair with the award-winning Manchester mental health charity Mood Swings.

But according to Dr Jeanette Downie, deputy medical director and consultant psychiatrist at Priory Hospital Glasgow, using the internet to self-diagnose depression can put individuals at risk.

“GPs hand out anti-depressants on a regular basis to people where the evidence is, at best, that they are useless, and at worst they could actually be harmful to people,” she said.

“Some people would rather talk to a computer than a person. It’s a lot easier and it can often be quite difficult to get a GP appointment these days,” he said.

“And for a lot of people, there is a continuing stigma about talking about your feelings and mental ill health, so that’s another factor.

“As more and more people get access to the internet, it’s likely that there will be more use for people. There is definitely still a stigma about mental health.”

The Liberal Democrats have expressed their intentions to address the vast numbers of people who feel that they could benefit from mental health services, as well as easing the severe financial pressures felt by the NHS.

They have pledged a £400million investment to improve mental health services in an effort to eliminate the stigma which still exists and make sure that mental health is taken as seriously as physical health.

Among the reforms are the Crisis Care Concordat, which aims to ensure that no one suffering from a mental health crisis is ever turned away, as well as investing £54million in improving services for children.

But although there is a possibility of increased funding, which Mr Inchbold believes is essential for mental health services to function properly, the new plans must run much deeper than that.

He told MM: “Funding can’t just lead to treating the symptoms. In effect, what you need to do is take action that is preventative in the first place. You can’t really have one without the other.”

“We need more hands on deck, particularly in Manchester.

“My colleagues in mental health services are working like crazy to keep on top of things, but they’re facing reductions in services so that’s the heart of it really.”

It is predicted that January 2015 will see an 11% increase in the numbers of people making ‘depression’ related searches, but Mr Inchbold believes the statistics should not be taken at face value.

He told MM: “The amount of people who are accessing websites isn’t really an indication of any necessary increase in the degree to which people are suffering from mental health.

“It might just mean that more and more people are using websites. It doesn’t really tell you anything about the rates of mental health.

“You could do a comparative study to see how many people are looking on the internet to research buying a new fridge, but that wouldn’t necessarily indicate that more and more people need a new fridge.”

Image courtesy of Martin Sharman, with thanks.

#Please leave your comments below !