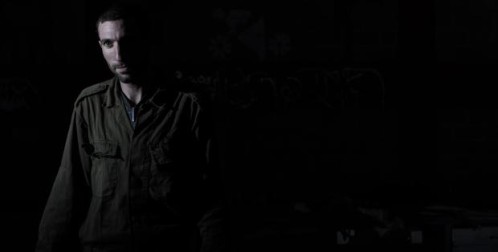 The project has been produced by Overcoming Barriers, a partnership scheme between Pennine Care NHS Foundation Trust, Inspiration NW, Veterans in Communities and Walking With The Wounded.

It aims to gain feedback on what barriers veterans may face in accessing mental health services and how these can be overcome.

Dr Alan Barrett, Clinical Lead for the Military Veterans’ Service, has welcomed the campaign, insisting those people who most require these services often do not seek them out.

“We know there are veterans who could benefit from support but choose not to access services,” he said.

“We want to understand if there are things services could do better to reach these people.

“This is just one of the projects we’ll be looking at as part of the Overcoming Barriers partnership and we’re looking forward to seeing some positive outcomes.”

Also part of the scheme is Inspiration NW, a customer service advisory organisation.

Company director Janet Butterworth believes the method of the campaign will help involve those who would not usually think of contributing.

She said: “We know that some of the best insight and ideas come from people who may not usually put themselves forward to contribute in other ways.

“Using text messages to gather feedback is quick, easy, anonymous and low cost or cost-free for most people.

“This campaign will help us reach a large volume and wide range of people.

“We’re particularly hoping to hear from ex-service personnel, reservists, family and friends of veteran and any professionals who come into contact who may be having difficulties, such as health staff.”

The public can contribute to the research by texting ‘opt in’ to 60013 at which point they will receive a number of contacts requesting feedback.

It will be free to receive the texts and replies will be charged at the same rate as a standard text message.

Image courtesy of Shiran Gola, via PikiWiki, with thanks.