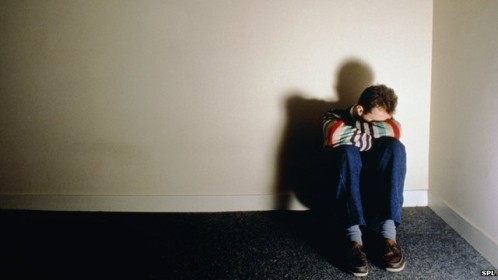 Being locked in a cell is especially frightening for those in mental health crisis, says Mind

Care minister Norman Lamb said real progress had already been made, and added that “in many parts of the country it’s now a thing of the past”.

But the mental health charity Mind said there needed to be more progress.

Current guidance says police should take the mentally ill to a hospital or similar location in all but exceptional circumstances.

In October last year the health regulator the Care Quality Commission (CQC) said that too many people in the middle of a mental health crisis ended up in police cells often because of full wards or staff shortages at hospitals.

The law says those people should be interviewed by a registered doctor, or mental health professional, to make arrangements for care.

But the CQC said 7,761 cases ended up in a police cell, rather than safe rooms in A&E, mental health trusts or children’s hospitals.

To try to alleviate the problem Mr Lamb launched the Crisis Care Concordat, which is a commitment from the NHS, police and local authorities to work together so that anyone in crisis gets the relevant urgent care.

And Mr Lamb said improvements were being made, but admitted some parts of the country were performing better than others.

A spokeswoman for Mind said police cells made people feel punished for being unwell, and agreed that people were treated differently in different parts of the country.

“There are some areas of the country like north west London where nobody ends up in a police cell. But then in other areas hundreds of people in a year will end up in cells,” said Sophie Corlett from the charity.

Please leave your comments on this story below!