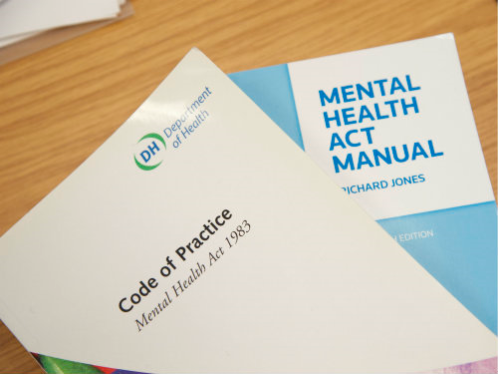 In February, Norfolk and Suffolk became the first mental health trust in the country to be rated ‘inadequate’ by the Care Quality Commission. Inspectors concluded that unsafe staffing levels and a shortage of beds had damaged the care and safety of patients. Poor leadership at the trust had also led to low morale among staff with some workers fearing victimisation for speaking out, the CQC found. Weeks after the CQC report was published, the trust was also put into ‘special measures’ by health regulator Monitor.

Scott said that the NHS payment system lay “at the root” of the problems facing his services and the wider mental health system. Mental health trusts are funded via block contracts with commissioners paying a set annual sum to cover all patient activity. By contrast, acute hospitals are funded on a per patient basis. Scott said that Norfolk and Suffolk had seen its block contract value drop year-on-year while demand increased. Local acute hospitals saw funding rise over the same period, he said.

“Two years ago the trust was forced to make substantial savings and it had a huge impact on staff morale, there’s no doubt about that,” said Scott.

“We are constantly painted as a villain as a trust. In actual fact we’re a victim of national funding policies. We’re currently overspending because we’re prioritising quality of care. But we can only spend the money we’ve got. Hence there is an impact on staff morale and ultimately the services that we provide. We like the rhetoric of parity of esteem [for mental health] but we can’t spend words.”

Figures gathered by Community Care from three-quarters of mental health trusts across England showed that funding had dropped by more than 8% in real terms over the course of the last parliament. Referrals to key community services rose by almost 20% over the same period.

Scott took over as chief executive of Norfolk and Suffolk NHS Foundation Trust in March 2014. His appointment came in the wake of a series of warnings from frontline staff over the impact that a cost-saving drive launched by the trust was having on care.

Scott said he could not comment on whether the trust had responded appropriately to the staff concerns as he was not in post at the time.

The grassroots campaign group is currently locked in a battle to get the trust to release an internal report on the impact that the cost-saving drive had on staff. Last month Scott wrote to the campaigners to inform them that their request to provide a copy of the report under the Freedom of Information Act had been refused. The trust argued that publishing its contents would inhibit staff from being open and honest in similar review exercises.The campaigners have requested a review of the decision.

When asked if, having read the report, he felt that the trust made an error in not speaking up to raise concerns about the mental health funding system before it launched the cost-saving programme, Scott said: “I’ve given you the view on the 12 months I’ve been here. I’m not going to comment on what went before.”

Following the CQC report’s publication in February the trust has launched a drive to improve quality, said Scott. This included a programme to improve staff engagement and a recruitment drive to bring more staff into the trust.

“We’re doing a lot but we do remain constrained by the financial situation,” he said.