Shadow health minister Andrew Gwynne made the demand after we revealed £1.5m in shock cuts at Manchester Mental Health and Social Care Trust 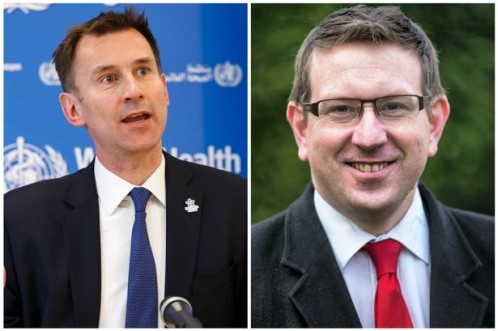 Andrew Gwynne was speaking after the M.E.N. revealed £1.5m in frontline services are to be axed after the city’s mental health trust declared itself ‘no longer viable’.

Tailored support for people with affective disorders, chronic fatigue and psycho-sexual problems is to be scrapped, while a range of community-based therapies will also go.

Patient groups have warned the move will lead to a rise in suicides, amid fears that more vulnerable people will end up on medication or in hospital.

The council is holding a one-day public inquiry into the cuts.

Mr Gwynne, MP for Denton and Reddish , said he would now be writing to Jeremy Hunt.

“We need ministers to intervene to ensure those services can continue in a viable manner. I will write to Jeremy Hunt demanding he does so.”

Manchester Central MP Lucy Powell, who also sits on Labour’s frontbench, has already vowed to raise the issue in parliament.

The M.E.N. revealed how Manchester Mental Health and Social Care Trust is to make the radical cuts as it seeks to close a remaining £3.8m black hole by April.

It had already made around £3m in savings but now says services cuts are its only option.

But even after the closures, it will still need to find a further £2.3m, although it admits it does not know how that figure will be found.

The trust admitted in a report to councillors last week that it is ‘no longer viable as an independent organisation’ thanks to the state of its finances.

That is partly due to £2.4m in social care cuts by Manchester council, as well as high expenditure on private clinics thanks to a lack of beds in the city.

Sources in the NHS Trust Development Authority, which oversees MMHSCT, confirmed the it would not continue in its current form – although what will replace it is likely to be decided at the development authority’s next board meeting on November 19.

A merger with a neighbouring trust is thought to be likely.

MMH&SCT established, one of only five trusts of its kind in the country. It inherits huge debts.

Trust put into special measures by government as it faces £2.5m shortfall. Bosses vow to clear the debt by the end of the year.

Trust launches bid to get foundation status, aimed at giving it more autonomy and funding.

Row over closure of Edale psychiatric unit at Manchester Royal Infirmary. The purpose-built unit was shut because it was too small, costing the trust £5m.

The M.E.N. reveals MMH&SCT has failed to meet the financial and care standards required by health watchdog Monitor to be granted foundation status. It withdraws its application.

Care Quality Commission inspectors say the trust is one of five at which patients are most likely to be at risk.

Manchester revealed to have the longest mental health waiting lists in the country, with an average wait at 100 days.

Trust admits it will have to cut £1.5m in services to ba lance its books. A decision on who will run the service in the future will be taken in the next few weeks.

Credit: BY: JENNIFER WILLIAMS of the Manchester Evening News