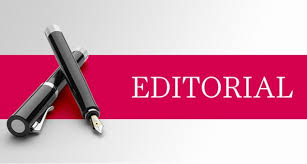 On Friday 7 Th October, 2016 as a way on patting on the back all the people who have fought against the cuts and closures of mental health services in Manchester A celebration party night will take place. Please see below a poster that Service Users and staff may wish to print off and display or distribute among your friends and colleagues to publicise this event.  (Poster Here)

Last month saw a massive victory over the decisions by the three Manchester Clinical Commissioning Groups (CCG’s} and Manchester Mental Health & Social Care Trust (MMH&SCT] who had sort to close seven essential mental health services; that had they been allowed to close would have decimated the healthcare of over 500 people who all depend upon these essential health services to help treat their mental health conditions.

The judge ordered that no such closures of the seven service’s or staff redundancy should go ahead without first the need for a judicial review. Shortly, after this court hearing Manchester three CCG’s and Manchester Mental Health & Social Care Trust backed down from their decision to close the seven essential mental health services and therefore, the requirement by the high court judge for a judicial review on this occasion was no longer applicable.

However, MUN want to hear from any service users who feels that their service is being threaten. What is left of mental healthcare in Manchester is essential and therefore any and every attempt to cut or end services needs to be examined by solicitors. This is a simple process in which a service user or their representative contacts a specialist solicitor in mental health law, informing the solicitor that they feel their service is under threat. The solicitor should then make enquiries on your behalf to establish facts to see if you’re indeed at any risk. If you are, then the solicitor should be able to help.

Using the courts has left Service Users feeling stronger and reminds every service user that they have rights to the best healthcare. It is also a warning to all in authority who have a duty of care towards the people in their care; that service users have the law to protect them from any person, groups or organisations, that break the laws that protect every services user in England.

The Victory Celebration will be held at the ancestral home of the world’s first trade unionist movement, the Mechanics Institute, on Princess Street, in the heart of Manchester. For many years’ services users along with the support of Unions have fought the cuts and there has been many cuts far too many to our services. What little healthcare remains now is totally essential to the wellbeing of MUN members, without which our member and all services users will become victims of a failing healthcare system devoid of care.

So please come along, you need to let the organisers know by sending an email to Unison.mcmh@yahoo.com specify ‘Victory Celebration’ if you have not got an email account please contact MUN on Tel: 07552094184 after 1pm-9pm Mon-Friday where we will be happy to register your attendance, which is free, but limited by numbers the hall can take.

Receive our daily news sheet and all the links to past stories available here:- Subscribe and get breaking news each morning in your email box The Munreporter Scoop Daily  FREE:

“Keeping the service user’s in Mind”

This month saw service user’s and staff angered at the decision to allow Chief Executive Michele  Moran, of Manchester Mental Health & Social Care Trust to be rewarded with an even bigger NHS trust (see Jennifer Williams MEN story) after failing to achieve Foundation Status for the Manchester ailing Trust, and has effectively been rewarded for taking the Trust to a position of being made none-existent. (This needs to be looked into by Central government) MMH&SCT, is soon to be merged with Greater Manchester West Mental Health Trust.

Service User’s and staff and now the Manchester public have criticised in the media and also on social media the Trust partner’s Manchester City Councils decision to up the pay of it’s already top paid workers with a further massive pay increases. See:- ( Leading devo council defends pay rise for senior managers ) After Manchester services User have had to revert to using the High Courts, to stop further cuts to their services. See:- ( Victory In the Courts Against Decision To Cut Essential Manchester Mental Health Services )

Last winter Manchester’s massive homeless person’s problems, were left to the generosity of former successful Manchester United Footballer Gary Neville; who allowed the homeless to move in to his former Manchester Stock Exchange building, over the cold period. Manchester City Council refused up until then to support the many homeless who often are suffering from a mental health issues. See:- ( Gary Neville’s hotel for the homeless closes its doors

Earlier last month (August 2016) , Manchester’s Three Mental Health Commissioners & Manchester Mental Health & Social Care Trust were instructed by the High Courts that they must not close seven services nor discharge, or make redundant any staff pending a Judicial Review which was due to take place last week. Last Friday with not a word said to our service users, Manchester Mental Health & Social care Trust sent emails out to all its health workers announcing that the preferred acquirer and successful bidder for running the main services for Manchester mental health services would be granted to Greater Manchester West Mental Health Foundation Trust. Pennine Care NHS Foundation Trust, who were also in the race for the prize opportunity to run one of the few mental health services to also offer social care, lost out in the bidding to the Salford based GT Manchester West, which is currently led by Bev Humphrey – Chief Executive, who recently expressed to a Unison representative that she believed that GMW would be viewed as the best possible outcome for Manchester’s ailing mental health services. The merger will make Bev Humphrey, CEO of one of England’s largest mental health care trust.

The aims are being seen as bringing about one mental health care organisation for the whole region. MUN will be aiming to make sure that the voice of Service Users must not be silenced in these fluid unchartered movements.