For a long time now, some of Manchester Users Network’s (MUN) members have been taking with the knowledge and support of their consultant’s fish oils rich in Eicosapentaenoic acid (EPA).

Four years ago Professor B.K. Puri, a Consultant at Hammersmith Hospital and Imperial College London, who is the author of over 100 scientific papers and more than 20 books, gave a lecture to members of the Department of Works and Pensions (NSIP), on the benefits he had been able to show upon MRI scans. He was able to show visible changes to the brain of a patient who was suffering from the condition known as Bi Polar Disorder and who had started taking fish oils high in EPA. After the introduction by MUN to the DWP, the news of the Professor’s work began to spread around and those suffering began to seek information upon where they could buy the oils. This was made possible as part of MUN involvement in the National Social Inclusion Programme.

Now an American Doctor who is a leading authority on the dietary control of hormonal response and who is widely published has announced that EPA not DHA docosahexaenoic acid (DHA) is the true reason for the benefits that are gained by those who suffer poor mental health conditions. Taking fish oils that are high in EPA only, has shown the higher the percentage of EPA within the oils will supply the best results; those members who are taking fish oils that contain more than 90% EPA have gained the most benefits.

The companies that now supply fish oils with EPA at 90% or above and no DHA within Britain, report that their customers are proof that many mental health conditions improve. It is unfortunate, that these oils that work for so many people are not available for prescribing on the NHS. The cost to the NHS would be small when compared to the benefits that would be gained by those using these fish oils, which cost around twenty pounds a month, not a lot if your employed, put so sadly prohibiting if you’re on a fixed income or unemployed.

Manchester Users Network, knowing, the benefits of taking these oils, has called upon the government that when adequate proof was supplied to show the benefits to the patient, that they would make them available upon prescription. We believe adequate proof is now in supply in comparison and with comforting knowledge of no proven side effects, it may be seen as a great breakthrough in the treatment of our mentally ill, if now these oils became more available for those less fortunate by making them available upon NHS prescription. 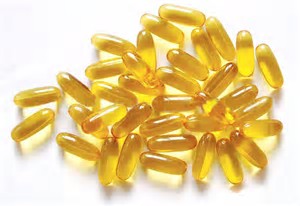 Doctor Liz Miller, recently awarded “Champion of the Year” receiving the award from Lord Melvin Bragg, she can also be viewed in the BBC TV production called “The Secret Life of the Manic Depressive”. Doctor Miller is an expert in mental health and is well known as recommending fish oils that are high in EPA; she is also a sufferer who uses oils that contain EPA at 90% or more. Her, well known condition and the way that she successfully works as a busy GP and as an advisor to the campaigning organisation  www.doctors4justice.com has helped many famous actors and celebrities  to choose the treatment for which she lends her good name and qualified  opinion.. It is very important for a person to be able to trust the treatment they receive.

Because of the high public opinion that has followed Dr Miller, people feel that what she takes for her own mental health is a good recommendation for what they should take. It’s proven that her openness, to allow the BBC cameras into her life and for what many would have seen to be as a very private illness, has paid off.

After graduating, she was recognised as being the ‘best young neurosurgeon in Britain’ then after her illness she was at one point sectioned under the English Mental Health Act and then diagnosed as not being able to be in charge of a toothbrush. (as explained within the BBC film). Today she commands and gets the attention and respect of the British Government who have been shown that mental health is very much a case in question.

Dr. Barry Sears, Founder and Chairman of Zone Labs, announced that the key to fish oil benefits from consumption of fish or from fish oil supplementation are due to the EPA, not the DHA.

Dr. Sears said, “Expectant mothers have always been told that fish is brain food not only for the developing child, but for the mother as well. New research data questions that ancient wisdom, or does it?”

According to Dr. Sears, one of the leading experts in omega-3 fatty acids, “To understand this seeming paradox requires a detailed knowledge of fish oils and omega-3 fatty acid metabolism that is not available to most medical journalists.”

Dr. Sears explained that there has been a growing body of knowledge that women who consume fish or fish oil supplements have less post-partum depression, and their children have improved cognitive development. However, fish and fish oil supplements always contain a mixture of two omega-3 fatty acids: Eicosapentaenoic acid (EPA) and docosahexaenoic acid (DHA). “Because the brain contains relatively low amounts of EPA compared to DHA, it has always been assumed that it was the DHA that gave rise to these benefits. In fact, an entire industry was built on the concept of supplementing infant formulas with DHA would improve the neurological health of both the mother and child. Of course, no one ever tested this hypothesis until now,” said Dr. Sears.

He noted, “The October issue of the Journal of the American Medical Association published an article looking at the dietary supplementation with a fish oil supplement exceptionally high in DHA and very low in EPA. Unfortunately, the results were the opposite of the prevailing thoughts. In fact, the researchers found no cognitive benefits for either the mother or child. This calls into question why we are supplementing infant formulas with DHA.”

Dr. Sears said, “The answer is that benefits of fish consumption or fish oil supplementation are due to the EPA, not the DHA.”

He added that both EPA and DHA get into the brain, but the EPA is rapidly oxidized, whereas the DHA is shunted into long-term storage. “This explains why there is little EPA found in the brain, leading to the misconception that it isn’t important in the brain. However, while the EPA is present in the brain, it can act as a powerful anti-inflammatory agent.”

Dr. Sears hypothesized, “It is this anti-inflammatory action that is responsible for the neurological benefits. This is confirmed by numerous studies in which DHA has little, if any benefits, in treating depression or attention deficit hyperactivity disorder, whereas fish oils rich in EPA do have remarkable benefits.”

In his advice to expectant mothers, Dr. Sears said, “Eating fatty fish rich in EPA may not be the answer since those fish contain relatively high levels of pollutants, such as PCBs. On the other hand, fish oil supplements rich in EPA and with exceptional purity with regard to PCBs may be the answer.”

Dr. Barry Sears, a scientist and expert on obesity, is a leading authority in anti-inflammatory nutrition. He is the creator of the anti-inflammatory Zone Diet as well as the author of 12 books, including the New York Times #1 best-seller.

“The Zone.” His books have sold more than 5 million copies and have been translated into 22 languages. For information online, please visit DrSears.com or http://www.ZoneDiet.com. Media contact is Brian Dobson at DobsonPR.com or bd(at)dobsonpr(dot)com.

Please read the comments below and please leave your own comments and help others know of your experiences – Thank you.

This article was first published in in the MUN Reporter in September 2012.

PROOF THAT EPA AND NOT DHA WORKS AS BREAKTHROUGH FOR FISH OILS ! added by Paul Reed on 16th February 2017
View all posts by Paul Reed →

14 Responses to "PROOF THAT EPA AND NOT DHA WORKS AS BREAKTHROUGH FOR FISH OILS !"