Your Chance To Win one of Two Excellent Books Signed By Former Government Minister Tony Benn. 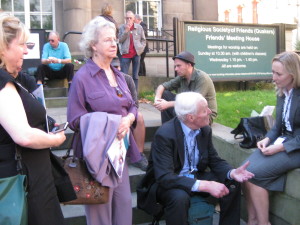 All you have to do is leave a comment on any article on this site, to do this simply click on any story on the home page and then leave your comment at the bottom of the story.

You can leave any comment you wish, even if it is just a few words telling us what a great site this is!

All comments will be put into a hat and two will be selected at random.

Please note the books were both won, the book dedicated by Tony to Nurse Karen Reissmann was given by the winner to the Karen Reissmann Legal Defence Fund of which Tony was one of the Patrons and which at the time gained many patrons, which included Graham Pink who blew the whistle on NHS cuts in the 1980s, Paul Reed and Alan Hartman – from Manchester User Network – and MPs John Leech and John McDonnell.