Claims of bullying culture among staff at Britain’s biggest NHS mental health trust
The UK’s biggest mental health NHS trust, which covers Broadmoor Hospital and units looking after the most vulnerable female patients, is in turmoil following widespread allegations of bullying, a critical Care Quality Commission inspection report and the sudden resignation of its chairman.

With mental health issues affecting one in six, it’s time for the UN to update its development goals 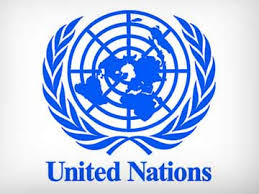 Imagine a health problem that affects one in six of us, that has a deep and damaging impact on our family and working lives, where effective treatments are available, and yet where only about a quarter of people with this condition get any treatment. Is this a scandal of neglect affecting people with cancer or heart disease diabetes? No – this is the real situation for people with mental health problems in Britain today. These conditions span the range from autism to alcohol use disorders, and from depression to dementia. More than 50 years ago when mothers suffered from post-natal depression in England, they were given electroconvulsive therapy to aid their recovery. Yet there is little evidence that we treat provide better mental health treatment now than we did then.