Mentally ill patients forced to travel hundreds of miles for treatment, forcible sectioning in order to get beds and medical students begging for greater teaching on psychiatry: we’re not getting it right 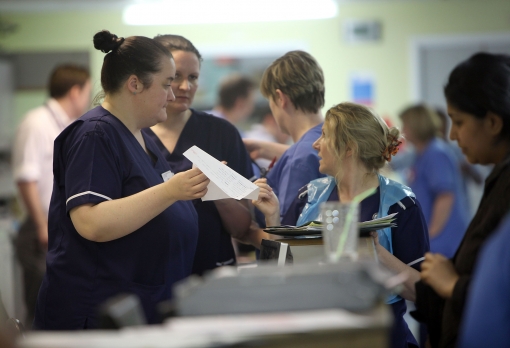 Worse still, national spending on mental health has consistently decreased over the past three years. And the trend isn’t limited to adult care; mental health services for children and adolescents have also seen a fall in funding. This decline seems even more irrational considering adolescence is the period when many mental illnesses first manifest, and that hospitals are recording a rise in hospital admissions for conditions such as eating disorders.

The budget cuts have had a noticeable impact, with doctors citing the changes as a cause of “avoidable deaths and suicides,” while mental health organisations claimed that the cuts “put lives at risk”. Mental illness also has a significant impact on a patient’s quality of life, and is thought to contribute to poor physical health, having been associated with diabetes, cancer and cardiovascular disease. As well as the ethical concerns of these cases, such neglect of the mentally ill also has practical implications; a report by the London School of Economics found that the NHS could save over £50m a year by reversing budget cuts to preventative and early intervention therapies.

Yet perhaps the most striking aspect of the decrease in funding comes from the comparison with other areas of health care. The government, for instance, took great pride in announcing that the Cancer Drugs Fund would be ring-fenced until 2016. While it would be wrong to question the severity of diseases such as cancer, it is worth considering that this budget is reserved for treatments that aren’t ordinarily commissioned because they are not cost-effective. Given the nature of the NHS’s funding crisis, it seems unfair to fund relatively inefficient treatments, while the NHS’s most vulnerable patients are left without basic care.

This is the problem. Eager to brand their “reform” of the NHS as good for patients, the coalition has protected the emotive areas of health care that already benefit from public awareness. Aware that severely cutting the budget for paediatrics or cancer care would result in public outrage, the government are cynically withdrawing care from those most lacking a voice in society: the mentally ill.

Although this current crisis is alarming, such disregard of mental health isn’t a recent phenomenon. Plagued by a history of taboo and prejudice, mental health care has historically been chronically underfunded. With a media happy to brand mentally ill people as “psychos” and a threat to society, it has been relatively easy for politicians to excuse this injustice. But public perceptions are changing; a report by the charity Rethink Mental Illness found that public understanding and tolerance of mentally ill people is improving, while 63 per cent were aware of a close friend having a mental health problem.

This is important; for a politician to stand up for mental health care now wouldn’t just be a principled action, it’d be a popular one. With time, and the excellent work of campaign groups, this positive trend in public attitudes will only continue, allowing society to grow in confidence to discuss one of our greatest health challenges. The mental health charity Mind suggests that the next government commits to a 10 per cent rise in the NHS’s mental health budget over the next five years. Considering the state of mental health care and the current funding disparity between health services, this is not an unreasonable request.

Past governments have chosen an area of health care to focus on, in order to target voter demographics. In 1999, Blair announced his “crusade against cancer”. Seeking the “grey vote”, David Cameron called for a “national challenge” to beat neurological diseases such as dementia. But the disgrace of the NHS’s mental health provision goes beyond party politics. Regardless of who wins the general election, the next government must embrace bold reform to end our longstanding neglect of the mentally ill.