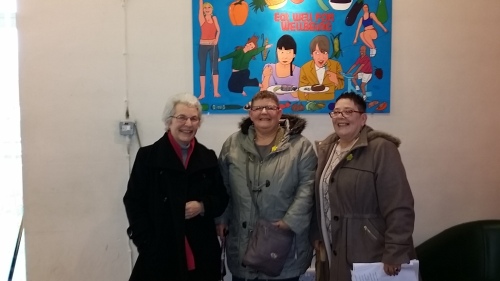 The most deplorable action by Manchester City Council is paying nearly £2,000,000 per year via Manchester council taxpayers for an in-patient hospital service that does not exist, according to the elected Chair of Manchester Users’ Network Paul Reed.

The Local Authority is now planning to take fundamental  Services under “Recovery & Connect” from the most vulnerable patients with so many who are with high level needs, in order to save £913,000 of the Mental Health Budget. The Services which are under threat in North Manchester are “One to One Support”, Group Therapy, Harpurhey Wellbeing Centre, “The Orangery”(a therapy supervised by “Recovery & Connect”) and the Horticulture Centre at Park House Hospital.

In-patient Services would be most affected and patients would be “Stepped Down”, which is the new term for being discharged from Community Mental Health Teams when patients are still very ill and most in need of Services.

There are also cuts to be made in Central and South Manchester  because of the planned closure of “Recovery and Connect Services”. Patients using these Services are also pensioners, and some of them are near pensionable age or long term patients. Patients of working age have no realistic chance of employment and the most serious risk is that they would wrongly be assessed by Atos and told to claim Job Seekers allowance. They couldn’t keep a working contract and they would end up with no benefit to live on!

Most patients would become a risk to themselves and some of them sadly, a risk to members of the public! Service Users on Section 117 of the Mental Health Act 1983 are advised to take legal action, though  long term patients who have been sectioned for over 20 years ago we have been told, that the Trust do not have any records, although lawfully they would still be under this Section.

We have been in contact with Cllr Paul Andrews, Executive Member for Adults and Wellbeing and given our reasons for strongly opposing not to cut “Recovery & Connect Services” to the Health Scrutiny Committee, chaired by Cllr Eddy Newman. We will give our reasons at the next Health Scrutiny Committee on Thursday 18th December 2014, at 2.00pm, providing the Chair allows us to speak.

Consultation period has already taken place, of which we have no confidence in this process, because of our previous negative experiences. Manchester MPs have been contacted and patients have asked them to help. Letters have gone to the City Council, numerous copies of which have been e-mailed to the former leader of the Council Graham Stringer MP.

The elected Councillor June Hitchen of Miles Platting and Newton Heath Ward ,a member of  Manchester City Council Health & Scrutiny Committee attended but said: ” she would not make comment but was there to listen to the debate.”

All members of the public should attend the meeting or find out if your councillor is to vote for these closures and massive cuts to Manchester’s chronic mental health problems . Manchester; where one in three GP consultations now concerns mental health issues . This must now mandate  no further cuts to the day centres, which should be used more economically by their communities with good effects. Manchester Mental Health services are already in ruins, further cuts will lead to deaths. 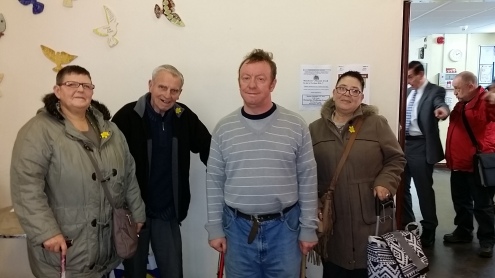